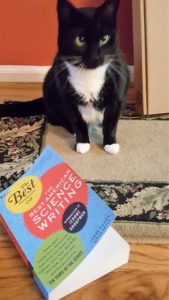 This book, The Best of the Best American Science Writing is just chock-full of what we love on this blog (in case you missed it, that’s science and writing)!

This collection is the culmination of ten years of other collected essays. From 2000 to 2009, The Best of American Science Writing books were published yearly. Now, each editor of one of those books has been asked to select the two best essays from their year, resulting in this volume.

The Best of the Best of 2000 ended up being two medical essays – “When Doctors Make Mistakes” by Atul Gawande (who I’d already written some about here) and “The Biotech Death of Jesse Gelsinger” by Sheryl Gay Stolberg. I’ll do a brief review of each of these essays.

Gawande’s essay is broken into five sections that alternate between personal accounts of medical mistakes with near deadly consequences and statistical/historical accounting of errors in medicine. The essay highlights both the necessity for better processes so that doctors make fewer mistakes and the inevitability of mistakes in such a human field. The writing is clear and, as you would expect from something published in The New Yorker, well-researched and contextualized. Gawande’s goal is to persuade, to teach the average reader about the medical realities of surgery and hospital processes, and in this he succeeds.

Gawande’s personal memories where he brings us into the hospital room or the M. & M. with him, are vivid and fast-paced, the strength of the story (particularly the opening section when we are dropped right into the O.R.). I found the sections on history and stats, which were long and generally uninterrupted by any narrative, to be much slower, as they contained a lot of (albeit useful) dry information. However, because the piece is relatively short, even these drier sections were easy enough to get through.

Stolberg’s essay is about a young man who died unexpectedly during gene therapy research; she touches on some of what Gawande writes about when he says that medical errors often compound. Her story has few of the heart-racing moments of Gawande’s (though Gelsinger’s death is very poignant) but is more consistent in it’s pacing and in the way it blends the personal, historical, political and scientific on every page. Stolberg works from a personal lens, always writing about a person, whereas Gawande alternates between a personal and statistical point of view. This is not to say that Stolberg shies away from an accurate discussion science or research, however, because she does a great job presenting the science concisely and for a lay audience through the lens of the scientists.

Both essays speak to the ethics of medicine and medical research, though Stolberg doesn’t leave the reader with her definite opinion on the matter; her essay seeks to allow the reader to make their own decisions after she presents the story.

Overall, Stolberg’s essay is much easier to read if you like a good narrative; Gawande’s provides a nice ‘easy’ resolution for readers as his opinion is evident throughout the piece. Gawande’s piece is more thrilling overall, but does lack detail when you want it most. Stolberg’s is by far the saddest of the two pieces as she spends a lot of time detailing Gelsinger’s death and the reaction of those close to him. People who are interested in medicine will find both of these essays fascinating despite their different styles.